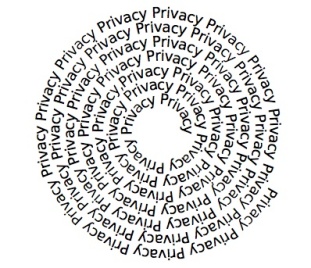 How do you develop a solid online presence while simultaneously having the ability to enjoy a social media account with friends and maybe even be a little goofy? It is possible, but organizing one’s digital footprints takes organization and attention.

This issue is of paramount importance for people who will be applying for school or jobs in today’s digital world.

To learn more about managing life in the social media world check out an informative New York Times article that describes how a 21st Century individual goes about balancing privacy with a necessary public online presence. Many people worry about how much to share in the digital world and how to separate personal and professional personas. The article, Build an Online Presence Without Giving Up Privacy, explains how a person can go about doing it. END_OF_DOCUMENT_TOKEN_TO_BE_REPLACED

“It’s time to move past fake news,” suggests an August 30, 2019 editorial in the Toronto Star, which explains the need to amend or change the terminology, instead labeling made-up information as disinformation. The article points out that, while there has always been made up or exaggerated information, our contemporary digital world provides easy and efficient ways to spread disinformation.

Fake news is a misnomer. There is no “news” in it. And the term has become mere shorthand to dismiss anything with which the user of the phrase disagrees.

Quoting scholars including Kathleen Hall Jamieson, at the University of Pennsylvania, and David Runciman at Cambridge University, the Toronto Star editorial writers note that the digital revolution allows people to target various groups with disinformation. Moreover, the digital precision and speed of social media make it easier to challenge the cultural norms of democracy. Sometimes these challenges are designed to make people understand even less about democratic institutions. END_OF_DOCUMENT_TOKEN_TO_BE_REPLACED 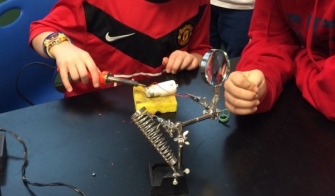 Dr. Klass makes a strong case for using a new paradigm when we consider the 21st Century digital world challenges of preteens and adolescents. She writes that technology activities such as gaming and social media may not be the primary cause of problems such as cyberbullying, addiction, or suicide, but rather interactive factors that further complicate the existing social-emotional and psychiatric problems of many young people.

END_OF_DOCUMENT_TOKEN_TO_BE_REPLACED

Do you find yourself nervous and at wits end about all the problems with social media and kids? Do you dread hearing the next news report about kids, screens, and digital addiction because it feels too close to home? Are you regularly worried about the intensity of your own digital activities?

Few people will argue with the notion that our digital world needs tweaking. With data collecting running amock, hackers breaking into corporations around the world, bad actors using social media for espionage, parents’ worrying about screen time, and our personal privacy and information challenged day in and day out, people tend to panic about their kids and themselves. But panic is nothing new. END_OF_DOCUMENT_TOKEN_TO_BE_REPLACED

It looks like anti-vax misinformation, promoted over the last several years on social media, is suddenly the focus of the robust challenges that will be needed to help people understand the dangers of going without immunizations.

The challenges to the scientific information on vaccinations and scientific knowledge offer a real-life learning opportunity, one that parents and educators can use to help young people understand the perils of distorted information, the power of social media to distort facts, and the need for reliable digital sources. The video below, Fool House Rock, is a resource to help people learn about some of the reasons why individuals believe vaccination misinformation on social media. END_OF_DOCUMENT_TOKEN_TO_BE_REPLACED

Even as social media companies explained in Congressional hearings how they are developing ways to identify fraudulent and spurious political advertisements, two United States Senators conducted an experiment, creating a group, developing an ad, paying Facebook $20 each, and targeting groups of people who they hoped would view it. The two senators, Mark Warner of Virginia and Amy Klobuchar of Minnesota wondered whether they could get people to notice their advertisement, and lots did. The ad also included a disclaimer.

They explain what they did in the video below, which appeared on ABC.

In the comments section some individuals spent time bashing the two senators, noting they made up something that wasn’t true. What did not have much to do with their jobs as senators, some commenters wondered?

However, the two senators clearly aimed to make a point about the relative ease of creating and uploading fraudulent political content, and they demonstrated that the current steps that social media companies are taking to identify false political ads is still not enough.

Children, at least some of them, may be getting tired of social lives dominated by social media.

An October 5, 2017, article in The Guardian, Growing Social Media Backlash Among Young People, Survey Shows, describes the results of a United Kingdom study about social networking. After surveying 5,000 students, researchers found that nearly 63 percent of young respondents are  “…disillusioned with the negative aspects of the technology, such as online abuse and fake news.”  This makes me wonder how children in other countries might respond to the same question. END_OF_DOCUMENT_TOKEN_TO_BE_REPLACED