The thing is, I love Apple. I’ve owned various Apple computers since 1984 and iPhones for almost ten years. Not to mention various other items like iPods and IPads. But once in a while, I find the policies in the App Store to be dispiriting. Now is one of those times. 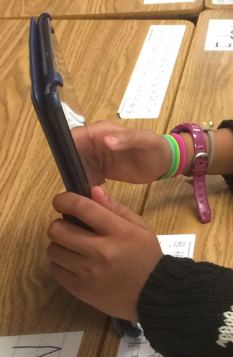 As a specialist in 21st Century educational technology and media literacy, I’ve often helped parents select a parental control app that is right for each family. Lots of these apps are out there, and they allow adults to ensure that their children are not misusing their mobile devices

Many of these parents realized the need for these apps, bought them — and used them — early on. Digital parenting is challenging, many of these parents took their responsibilities seriously, and the companies that enabled these good decisions should also be taken seriously.

Frankly, when it comes to monitoring screen time, Apple came late to the party.

This excerpt that follows, from the Bloomberg article, sums it up well.

“Tony Fadell, a prominent Apple executive until 2010, had voiced his support Saturday on Twitter for affected developers. The co-creator of the iPod said Apple should offer tools to developers to build monitoring apps that don’t violate policies. He also criticized Screen Time, calling it a “rush job” that is “very non-intuitive.”

Apple is right: Privacy matters. But so does ethical decision-making.

Now the company finds itself in the center of a controversy, and those of us who love its products are sighing in disappointment. Is it trying to drive rivals out of business?  Perhaps, perhaps not.  The best thing to do, however, would be for the company to restore the apps, and if privacy and MDM (you can read about it in the articles below) are truly the main issues, give the companies six months or a year to make changes, perhaps using Tony Fadell’s suggestions.

Below are a few articles with lots of information about the Apple parental control app situation.