After the December holidays, lots of digital kids will begin using new handheld devices, but as these new gadgets come out of their boxes, parents need to update or introduce a family digital device action plan. A family’s plan is similar to the rules-of-the-road guide that is so critical to new drivers.

These days most flashy new smartphones, iPads, tablets, music players, computers, laptops, notebooks, and video games are connected to the exciting, but rough and tumble world of the Internet, and much of the time these devices are used in places where adults are not present. So sometime during the first week of gadget ownership – or better yet, as the devices come out of their boxes – parents and children need to sit together and review digital behavior and expectations.

To help come up with your expectations, check out a comprehensive list of Internet sites with information about family digital life contracts and agreements. Many parents include these agreements in the box so the conversation begins as soon as a child opens the gift.                               END_OF_DOCUMENT_TOKEN_TO_BE_REPLACED

…and lots of families will soon purchase a new mobile phone for a fifth, sixth, or seventh grade child.

Remember, however, you are not just handing over a telephone. A child is getting a mini-computer — a digital device  that takes pictures, shares locations, communicates via text, e-mail, and phone calls, and easily installs apps that connect in all sorts of other ways. A new cell phone networks your child in nearly unlimited ways to the entire world, and most of what he or she sends on the web via cell phone will never be deleted.

Before handing over the new mobile device, 21st Century parents need to think about how they want digital kids to use their new prized possessions and also about what they don’t want children to do.

Adults can be specific and clear about what is acceptable by setting up a cell phone user contract. Use an agreement word-for-word from the list of links on this blog. Or copy one of the contracts as a template and write a more personalized version that is appropriate for your family. Today’s kids are 21st Century learners, eager to use and explore the digital world — a great way to be — but parents need to set clear expectations that help to ensure that a child explores and experiments as much as possible without humiliation and  embarrassment.            END_OF_DOCUMENT_TOKEN_TO_BE_REPLACED

Snapchat: the free mobile app that promotes itself as a disappearing act. Parents and educators need to know just enough to understand its attraction to children and adolescents and the potential problems that may occur

Teens and, yes, some tweens are now playing with Snapchat because it’s designed to make pictures disappear at their destination — in ten seconds or less.

I’ve tried to use the app, and pictures really do disappear. Voilà! The content is gone. So does this mean a child (or an adult) can go ahead and send all sorts of pictures?

Well, not exactly. Read A Warning about SnapChat, Teenagers, and Online Photo Sharing, appearing on February 11, 2013, over at the Forbes website.

So yes, the content does disappear, but even a picture residing for just a few seconds gives an unreliable recipient enough time to take a quick screenshot, preserving the image. Read this April 10, 2013 New Yorker article, Delete This Picture When You’re Done, by Matt Buchanan, who points out that the Snapchat site is handling over 60 million images a day. Another informative article is SnapChat: Sexting Tool or Next Instagram, a CNN report by Doug Gross.      END_OF_DOCUMENT_TOKEN_TO_BE_REPLACED

I keep thinking that grown-up politicians and celebrities will stop humiliating themselves when they use digital media.

But then another event occurs, and I am reminded that a good number of adults, just like many kids, have not absorbed four primary fundamentals or axioms of digital life.

END_OF_DOCUMENT_TOKEN_TO_BE_REPLACED

I love my iPhone and iPad, and I cannot do many things without them. For children under 13, however, use time should be carefully monitored by each family. Kids today are playing independently with powerful devices, and they — the devices and the children — are not intended to interact in isolation and for long periods without adult supervision.

An article that provides food for thought, Your Phone Versus Your Heart, appeared in the March 23, 2013 New York Times. Also, check out the American Academy of Pediatrics media resources — the pediatricians are making recommendations because they know what they are talking about.

Just today I asked a group of device-savvy fifth graders, most around age 10, if they know anything about SnapChat, the app that deletes pictures in one to ten seconds (leaving plenty of time for a recipient with poor judgment to take a screenshot and save the photo). Just about every hand went up. During a lesson a few months ago I asked them how many of them know how to make a screenshot — and they can all do it in a lot less than ten seconds. Read my SnapChat review here. 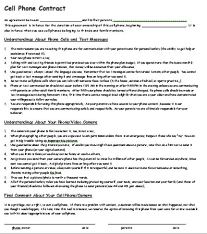 After the December holidays, lots of digital kids are using new digital devices.

Each new digital gadget requires that parents update or introduce a family digital device action plan — akin to the rules-of-the-road that are so critical to new drivers.

These days flashy new smartphones, iPads, iPod Touches, music players, computers, laptops, notebooks, and video games are connected in some way to the exciting, but rough and tumble world of the Internet. Sometime during the first week of gadget ownership parents and children need to sit together and review digital behavior and expectations.

END_OF_DOCUMENT_TOKEN_TO_BE_REPLACED

Much of what a child or teen does online gets added to a digital profile. Even when information is not supposed to be collected, it accumulates – somewhere. Moreover, when a child or adolescent acts impulsively or thoughtlessly online, no way exists to erase or delete a digital mistake. Harvard’s Berkman Center for Internet and Society posts a great digital dossier video that parents and educators may want to use as a conversation tool.

To learn a lot more about the state of privacy policy, especially as it concerns children and adolescents, read the article Congress Revisits Online Privacy Legislation over at Boston.com.