Can a world wide web creator be a doubter about what he helped to create?

I’ve just finished reading The Innovators by Walter Isaacson, a book that highlights the many people who helped create, step-by-step, the digital world where we now reside.

The book begins way back in the mid-1800s with the ideas of Lady Ada Lovelace, an amateur mathematician (and the daughter of poet Lord Byron). It was Lady Ada, Isaacson writes, who provided the ideas and laid the groundwork for early computer developers to use nearly 100 years later when they created their first computing machines.                              END_OF_DOCUMENT_TOKEN_TO_BE_REPLACED

In the late 1980s, early in my educational technology career, I attended a one-day conference about technology in schools. Held in a hotel in the Washington, DC area — I don’t remember which one — the conference convened a small number of teachers, identified as early adopters, people from that National Science Foundation, the National Institute of Standards and Technology, what seemed hundreds of technology consultants from places like Cambridge, Palo Alto, and various state universities, and one older, somewhat fragile woman far ahead in the front of the room, who attended for a short time.

That was my first encounter with the life of retired Admiral Grace Hopper. She lived for only a few more years after that, passing away at the age of 85, but I remember her face, her eagle-eyed attention, and the reverence with which others in the room regarded her.

Yale University has decided to change the name of its residential Calhoun College to Grace Hopper College, honoring the computer scientist who played a significant role in moving the country (and the world) into the age of technology and who became a Rear Admiral in the United States Navy. Hopper received a master’s degree and PhD in mathematics from Yale and was one of the mathematicians  who programmed some of the earliest computers before and during World War II.                                             END_OF_DOCUMENT_TOKEN_TO_BE_REPLACED 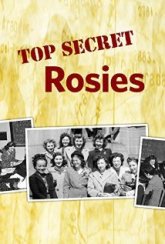 If you want to help your kids or grandkids learn more history about interesting ways that women contributed to saving lives during World War II, look no farther than Top Secret Rosies, a PBS video that tells the story of the women who were a part of a secret project to figure our mathematically various trajectories of weapons during the war. Called female computers — that is people who compute —  these women were recruited from all over the country to go to Philadelphia and work in secrecy at a special lab set up just for them.

With so many STEM-in-the-curriculum (STEM is short for science, technology, engineering, and math) discussions and the urgency to encourage 21st Century girls and young women to take more interest in science, math, and technology, it’s exciting to discover a resource that shares a story about women and their amazing mathematical achievements. Top Secret Rosies is a one-hour documentary, produced by LeAnn Erickson, a professor at Temple University tells the story.

END_OF_DOCUMENT_TOKEN_TO_BE_REPLACED

With so many STEM-in-the-curriculum discussions and the urgency to encourage 21st Century girls and young women to take more interest in science and technology, it’s exciting to discover a resource that shares a story about women and some amazing mathematical achievements.

Check out Top Secret Rosies a video about the women, recruited by the United States Army during World War II, who worked on a top-secret mathematics project. The women, all of whom possessed strong math skills, were recommended by their college professors and traveled to Philadelphia to do the complex ballistics calculations that were required to aim weapons more accurately.

END_OF_DOCUMENT_TOKEN_TO_BE_REPLACED

People — young and old — enjoy learning about the first computer in the United States, ENIAC, booted up in 1946. Every 21st Century learner needs to know about this amazing machine and the story of the first programmers.

A few weeks ago I visited Philadelphia and had a special opportunity to visit ENIAC. This huge, old-fashioned computer is owned by the Smithsonian Institution  (read this article), but parts of it are still housed in a building at the University of Pennsylvania, almost exactly where it was originally set up. ENIAC could be  programmed to do extensive calculations much faster than humans could calculate.