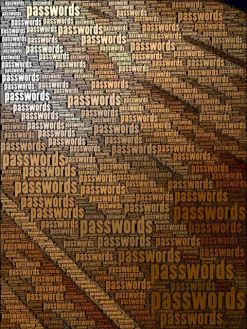 WHDH television news in Boston reported on a United Kingdom survey conducted by the National Cyber Security Centre (NCSC). The data were gathered via telephone polling, and the overall aim was to learn more about how people in Great Britain think about online security, what they worry about, how they learn more, and how they maintain personal security online. Check out the results depicted in a set of amazing charts and graphs.

My guess is that the results would be somewhat similar in the United States.

Also described in the WHDH article was another part of the study in which NCSC researchers conducted password “breach analysis” using information gathered from the website Have I Been Pwned? This website allows individuals from all over the world to type in their email addresses and receive immediate feedback about whether any of their accounts were hacked (or breached). Because the site keeps track of huge data incursions from around the world, it has accumulated massive password data. Note: I have used the site twice and discovered a violated account resulting from a corporate data breach, something that exposed the credit information of millions of people.    END_OF_DOCUMENT_TOKEN_TO_BE_REPLACED